Consisting of Gwenifer Raymond, a qualified astrophysicist and internationally renowned American primitive guitarist, and Allan Goodey, a middle-aged diabetic with a cat.

Since 2016 they have been making a staggering amount of guitar, drum and theremin based noise in and out of Brighton. Confusing genre snobs and breaking drum kits wherever they go.

Having met during the formative stages of another band, they quickly realised that band was going to be shit and left to form their own much better one. This also had the advantage of being much smaller so it could fit into even the tiniest damp rehearsal rooms.

In June 2019 they released their début album `Lies Deceits And Truths In between`, which was received with such roaring anticipation from their fans that they sold out of all copies the same night as the album launch. Thank god for small batch pressings.

As of spring 2020, undeterred by the small factor of a global pandemic, the inability to be in the same room as each other, and that working from home is shit. They began recording their as yet untitled second album. It is hoped by all that when it is finished music venues will still be a thing so they may get to play it all live at least once. 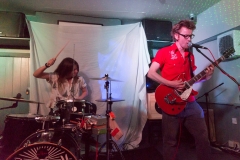 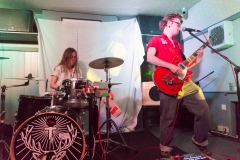 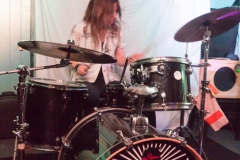 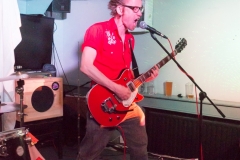 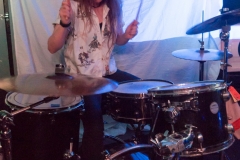 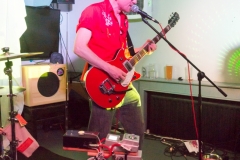 We are a 2 piece and keep everything as simple as possible to set up.

Synths and theremin are all mixed at source into the bass channel, the live engineer doesn’t need to factor them in.